"Teresa learned of her husband's death at her son Blake's third birthday party. Her husband SGT Brandon Maggart was killed in Iraq on August 22, 2010. He was the last KIA from Operation Iraqi Freedom. In the weeks that followed, Teresa came across the wear blue chalk markings on the routes through town and found the weekly Circle of Remembrance. Eager and hungry to do anything that honored Brandon, Teresa and Blake began to walk the three mile route. Teresa became dearly connected to a community member with a heart for our Gold Star families, Denny Bernardy. Their families became fast friends. Denny became like a grandfather to her young son. Each week, to this day, Denny and Blake line the wear blue route with American flags honoring our fallen military. On the one year anniversary of Brandon's death, his unit joined wear blue for a memorial run. Teresa trained her heart out to jog that three mile loop without stopping. As the minutes ticked closer to the start of the Circle of Remembrance, Teresa threw back a goo, called out Brandon's name, and, with hundreds of Brandon's fellow soldiers at her side, she finished that three mile loop without stopping once." 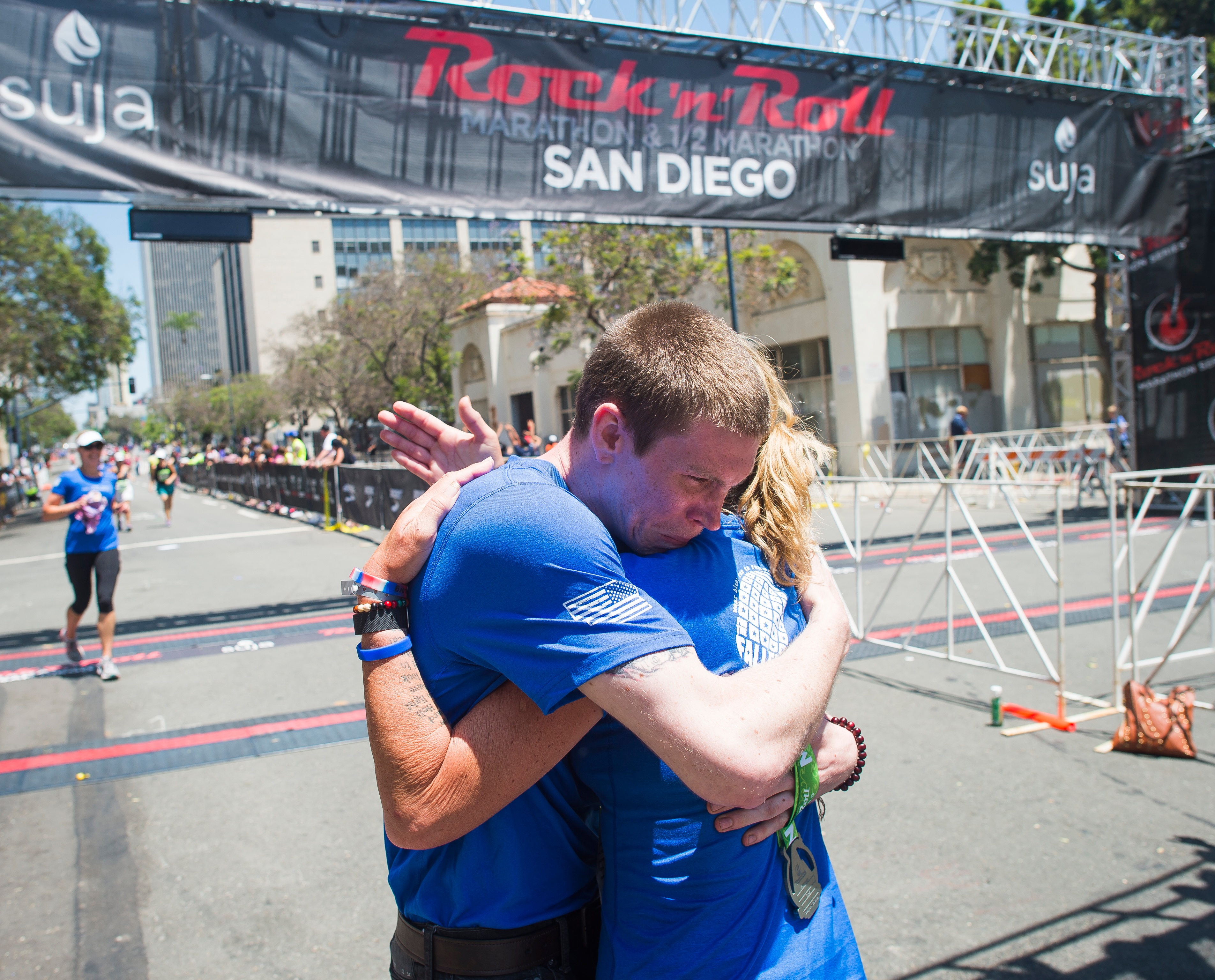 "In October 2014, with Denny and his wife Cori at his side, and Blake at the finish line, Teresa finished the Marine Corps Marathon. wear blue gave her a new lifestyle, new goals, new accomplishments, and friends who became family."

To read more about our support of wear blue: run to remember read our charity partner blog.