Last July, I was perusing Facebook and I saw a post that caught my eye. It was from my friend Chris, an old co-worker of mine from years ago. I only noticed it because he rarely posts anything on Facebook, so I found it odd. It included a picture of a kidney and was asking for help. I thought perhaps a parent was ill and I went on with my day. We had worked together at a very friendly, close, family-oriented restaurant, so many of us stayed friends even after our lives took us elsewhere. That meant that Chris and I have about 40 mutual friends on Facebook.

For the next 2 weeks, every day I would see his post being shared by our friends, over and over. That's when I finally took notice. I discovered that Chris was in kidney failure and needed a kidney transplant. I was floored! I couldn't believe this was happening to him. The Chris I knew was healthy, athletic, energetic and far too young to worry about anything like this. My heart ached for him. Over the next week, I just kept seeing people sharing the post and sending well wishes, thoughts, and prayers....but I did not see anyone offering to be tested to help. That made me angry because he was so important to all of us. So I decided I would try and help.

"I feel like nothing can stop me now. The quitter—the lazy self-defeating whiner, is gone." — Rebekah Ceidro 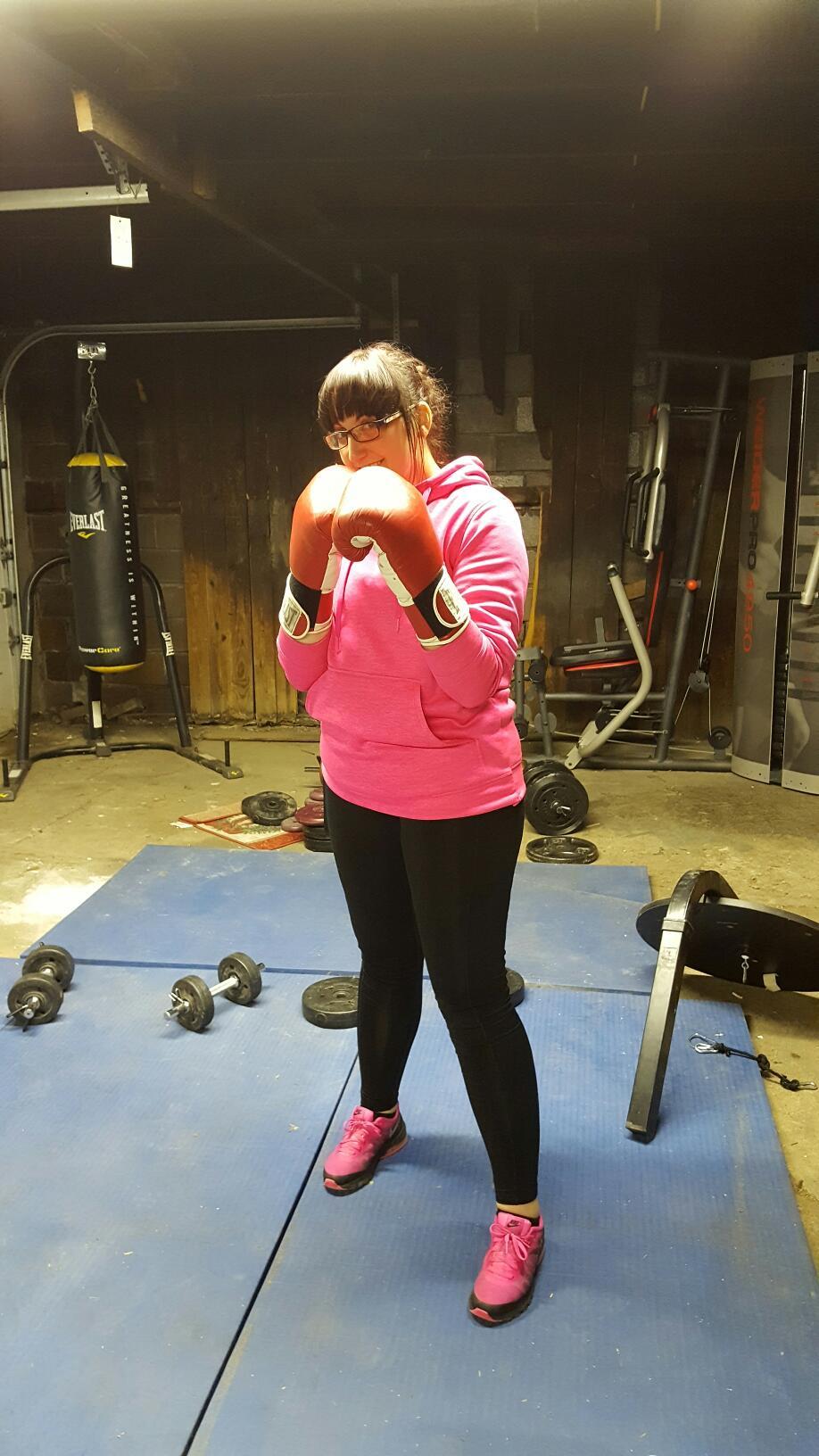 I messaged him and asked him what he needed and how to start the process. Our blood type is compatible, so that was step one. Step two was to set up a day of extensive medical testing to see if I was healthy enough to donate to him. UPMC (the hospital we are going through) has very strict guidelines for donation. I could not have any history of heart, liver or kidney disease, stroke, diabetes, high blood pressure, etc. Which, by the grace of God, I don't. This made me an acceptable donor as long as my overall health was good.

Upon arriving that morning, I was weighed and I came in at 213 pounds; I was very embarrassed. The surgeons came in to look at my chart and see if we should continue. They each said the same thing, “You are healthy now, but you won't be for long if you stay this weight. You are obese and cannot donate unless you lose 13 pounds to get under 200 pounds.” I was crushed. I was too fat to save a friend's life. Embarrassment aside, I made the realization that this "no" was actually a conditional "yes." I had the ability to lose the extra weight and change someone's fate. I told them both, the next time I saw them I would be under 200, to just give me a chance. They agreed.

That's the moment my life changed. I needed to find the willpower to get healthy for my friend because for years I couldn't do it for myself. About two weeks later, my company held their first Wellness 5k and I decided that it would be a great start to my new fitness journey. I mean, how hard could it be?

Honestly, it almost defeated me; I had never felt so out of shape in my life. I crossed that finish line and vowed to start running more—until I could run a 5k every day. I downloaded the Couch to 5k app, got some running shoes, and started with a 20-minute walk/run. I changed my diet, got up early, stayed up late, and ran every chance I could. 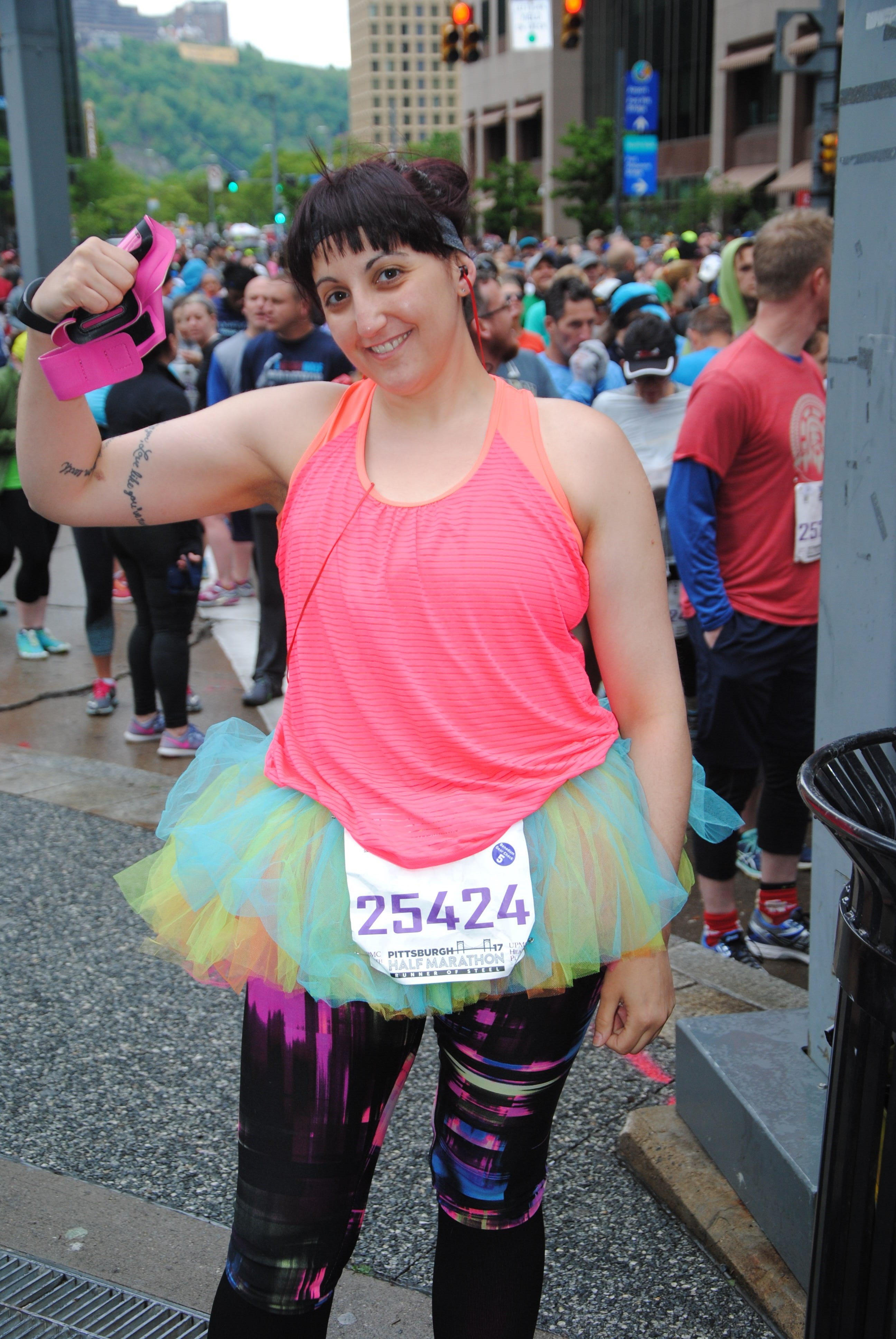 Slowly but surely, it got easier. In December, I saw an ad for Run The Year 2017 and I thought, “That’s exactly what I need to keep on track.” What an amazing group of people! I kept running into the new year, through the frigid Pittsburgh winter, and by March I exceeded my distance goal, running 4 to 5 miles at a time. I was down 30 pounds too!

In April, I decided to really push myself and signed up for the Pittsburgh Half Marathon. I wasn't ready, and people told me so, but I knew I needed to do this for myself. So, I did it! I ran it with a time of 3 hours and 14 minutes. Not great, but I finished and that's all that mattered. In less than 9 months, I went from being fat, lazy, and disgusted with myself to becoming a marathon runner!

The media noticed too. I was on the local news and even had my story picked up by Runner's World Magazine. It was picked up by many other news entities as well and my story went viral. I finally felt like a real runner! The whole world saw my before and after pics, the same before pics I felt embarrassed by in the past, but I don't even mind now. I'm so proud of how far I've come, what I've accomplished and who I am today. 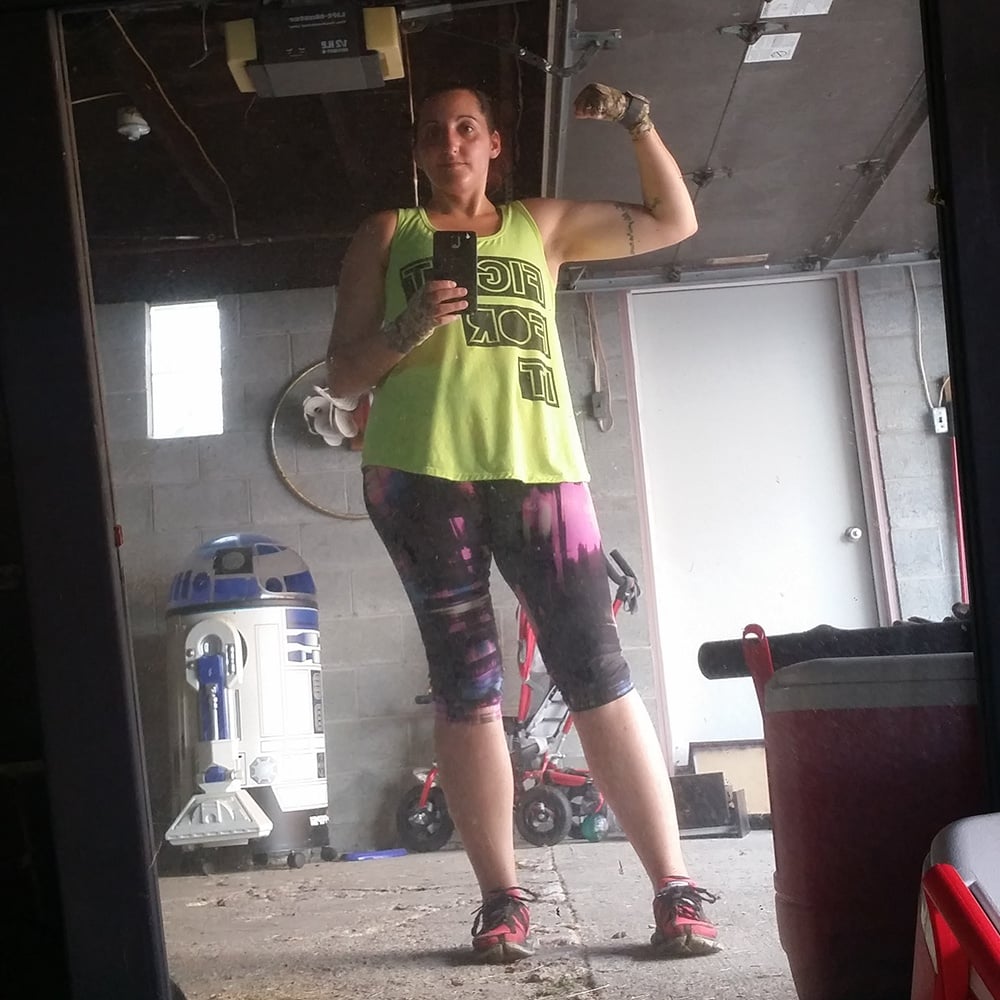 To date, I am down 50 pounds and 5 sizes smaller. My life is absolutely incredible! Chris and I have a surgery date of September 12th, 2017 and I hope to recover enough in time to run a half marathon again next year. I feel like nothing can stop me now. The quitter—the lazy self-defeating whiner, is gone. The new me can do anything; even save a life. And I saved my own in the process.

Rebekah and Chris are scheduled for September 12th, 2017 to complete the transplant surgery. We're rooting for you guys! ♥

Have an awesome story to share?
Email us: info@runtheedge.com