Home  / Musings From The Edge
Previous  / Next 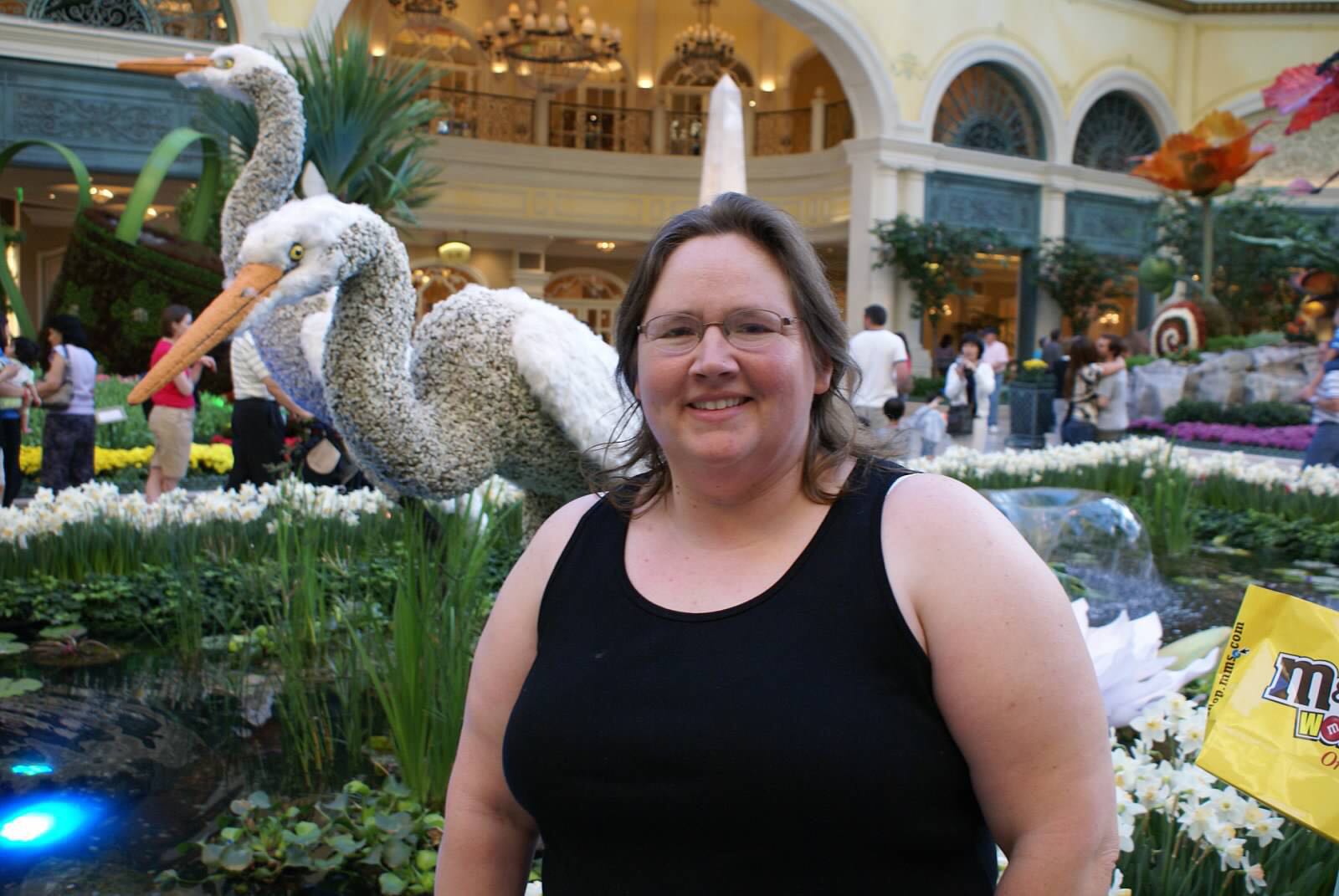 Two and a half years ago, Barbara Rausch had a routine of dropping her son off at cross country practice and walking for the duration of his practice to fill the time. Each time she would leave for her walk the head coach would ask if she wanted to join the kids for practice. “Is he nuts?”, she thought. “How can a 46-year old woman run with a bunch of high schoolers?”
But it wasn’t just Barbara’s age that weighed on her mind. It was also the fact that four and a half years prior she had tipped the scales at over 300 pounds. Running made her very nervous.
Flash back to Barbara in her 20s and 30s and weight had always been a struggle. She saw herself fluctuate from a healthy 150-160 pounds on her 5’7” frame to nearly
225 pounds. It wasn’t until giving birth to her second child that Barbara started to encounter unexpected difficulty with losing weight.
She suffered from postpartum depression and constantly fluctuating hormone levels. This lead to constant fatigue and an inability to get adequate sleep. Before she knew it, Barbara was 300 pounds. Her doctor did testing and found she had hypothyroidism. It was one thing after another, but she hoped with this diagnosis she would finally be able to get her health back.

Despite getting her thyroid in check and making a continual effort to exercise and be active the weight just would not come off. Frustrated and feeling as though she was setting a horrible example for her children, Barbara decided to undergo gastric bypass surgery in 2010. A decision Barbara cautions is not a quick fix solution to weight loss, but rather a tool to help create an environment where she could finally focus purposefully on herself. 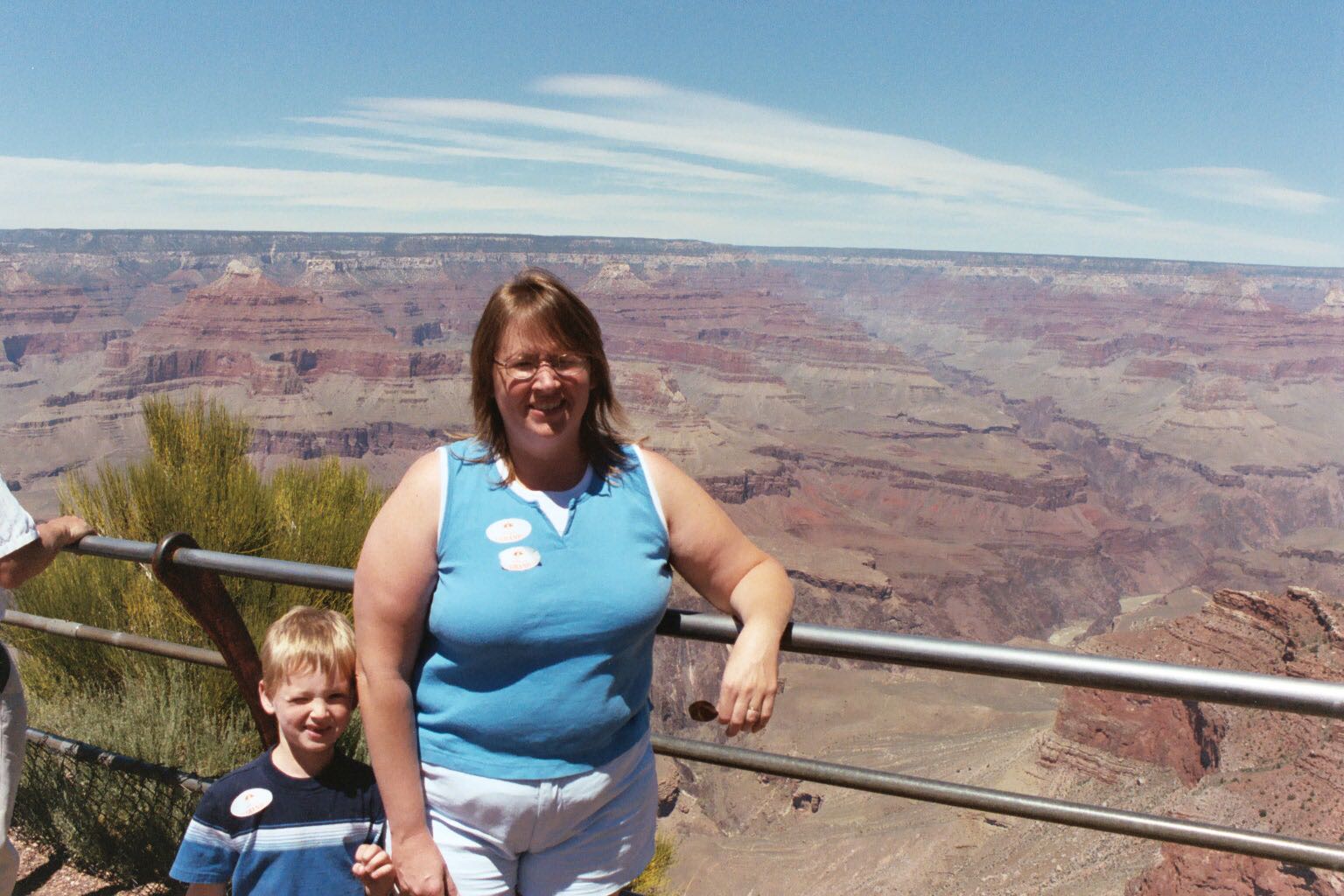 Post surgery Barbara had to be very conscious of what she ate. It gave her the realization that no matter the tool or support system in place, you have to find it within yourself to make the big changes that are sustainable. If she reverted back to old habits her stomach would eventually expand again and the surgery would be for not.

It is a lesson that she feels is so important to pass on to others on a similar journey as hers. She explains, “Support of friends and family is awesome, but they aren't inside our heads. We are the only ones who can honestly make the changes we want to.”

Back at her son’s practice, Barbara decided she would start by adding some running to her walks. In the beginning she simply wanted to run one mile continuously.
After several months she worked her way up to running the full distance around the lake situated in the park — a total distance of 2.2 miles. She cried. It was an accomplishment she never thought was possible. 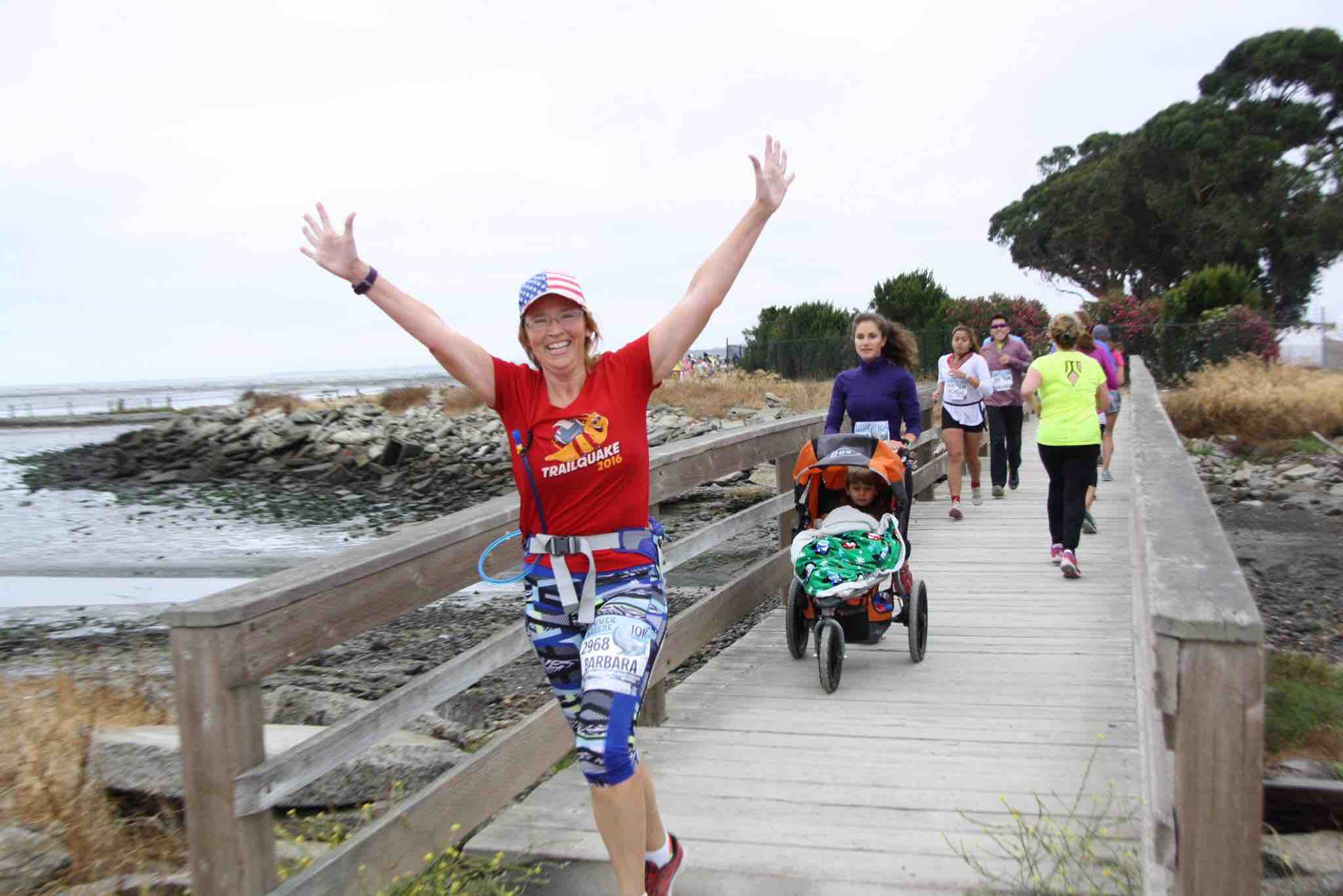 Now, when the team practices, Barbara joins in. She runs with the students in the back of the pack encouraging them to be strong and hang in there just like she’s had to tell herself each and every day.
She also runs with legs that have now completed numerous 5K’s, 10K’s, half marathons and a 30K. In 2016 alone,Barbara ran 40 races...an impressive feat knowing it all started with completing that first continuous mile. 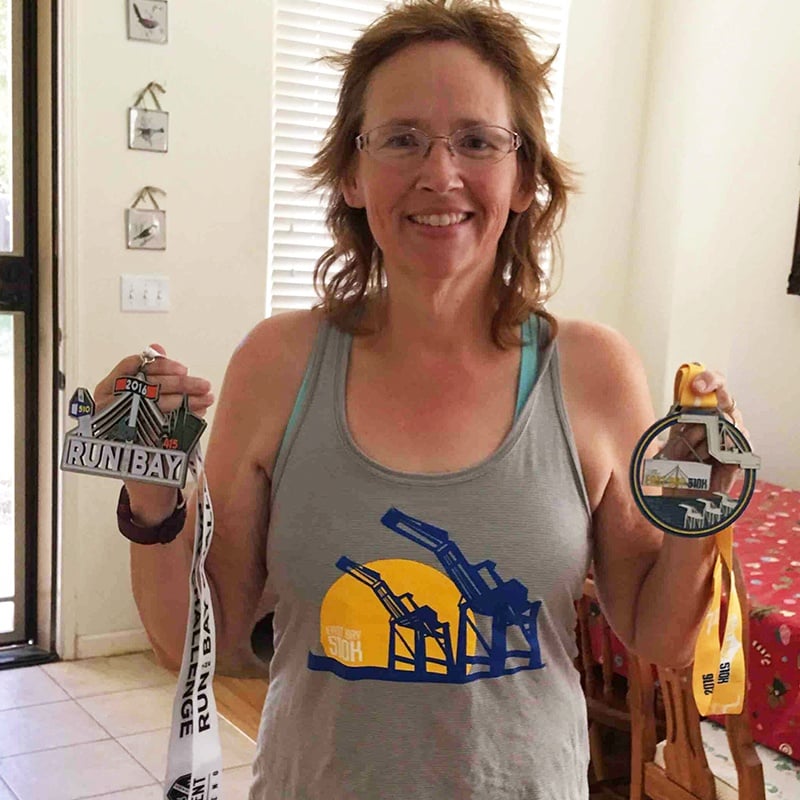 When Barbara looks back at her journey she’s most appalled at how society treats overweight individuals. It’s hard not to think back on the rude comments and disrespectful glances when someone now says to her “you are so naturally skinny”.

If only they knew how hard she’s worked to overcome all that goes along with a life in an overweight body. It is drawing strength from her journey however that keeps her setting her sights high. One thing is for sure; she’s on a path that includes many more miles traversed by her own two feet.

So what’s next for Barbara? She is training hard for the Western Pacific Marathon at the end of April and the Reservoir Dogs 35k at the start of July. Of course she also plans on completing both Run The Year 2017and theAmerithon Challenge by the end of the year through her pursuits.

We know completing both challenges in the year is no easy feat, but the team here at Run The Edge has no doubt she will knock our challenges out of the park much like the women in “A League of Their Own...no boundaries, only opportunity. Go hit your home run Barbara, show them why “the hard is what makes it great.” The Run The Edge family is here to cheer you on! 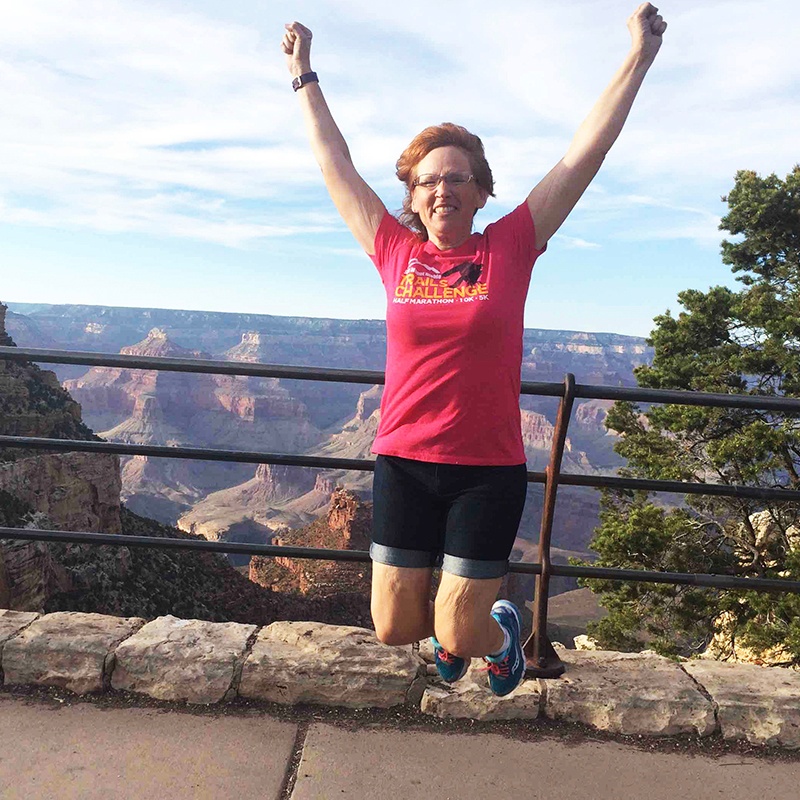